Lisa spent the first four years of her life in a United Nations displaced persons’ camp. She was born on 9 May, when the last bomb dropped, and the Soviets declared victory over Germany in WW2.

“We came to Australia as Polish immigrants. The United Nations camp was in Germany, and we stayed there as there was no place to go. The choice came up of going to either Canada or Australia, and my folks chose Australia,” says Lisa.

“We were then in a migrant hostel in Maribyrnong, it was awful,” she continues.

Lisa started working at age 15, and also taught herself how to write. In her early 20s, Lisa spent a year in the UK working as a secretary where she got a taste for the travel bug and decided she wanted more of it.

“When I got to London, I thought jeez, the world is such an interesting place, I can’t go back yet to Australia! I went to an employment bureau and asked them to send me somewhere, and they sent me to Zambia.”

Living “a true African adventure”, Lisa dedicated a large portion of her life to travelling and living across Africa. A woman of many talents, her ten-year writing career was accompanied by an interest in archaeology and anthropology, as well as many creative hobbies.

Lisa speaks fondly of her African explorations. From time spent in Namibia’s forbidden diamond area of the Skeleton Coast, to singing in Zimbabwe to make ends meet, and her run in with an angry elephant. 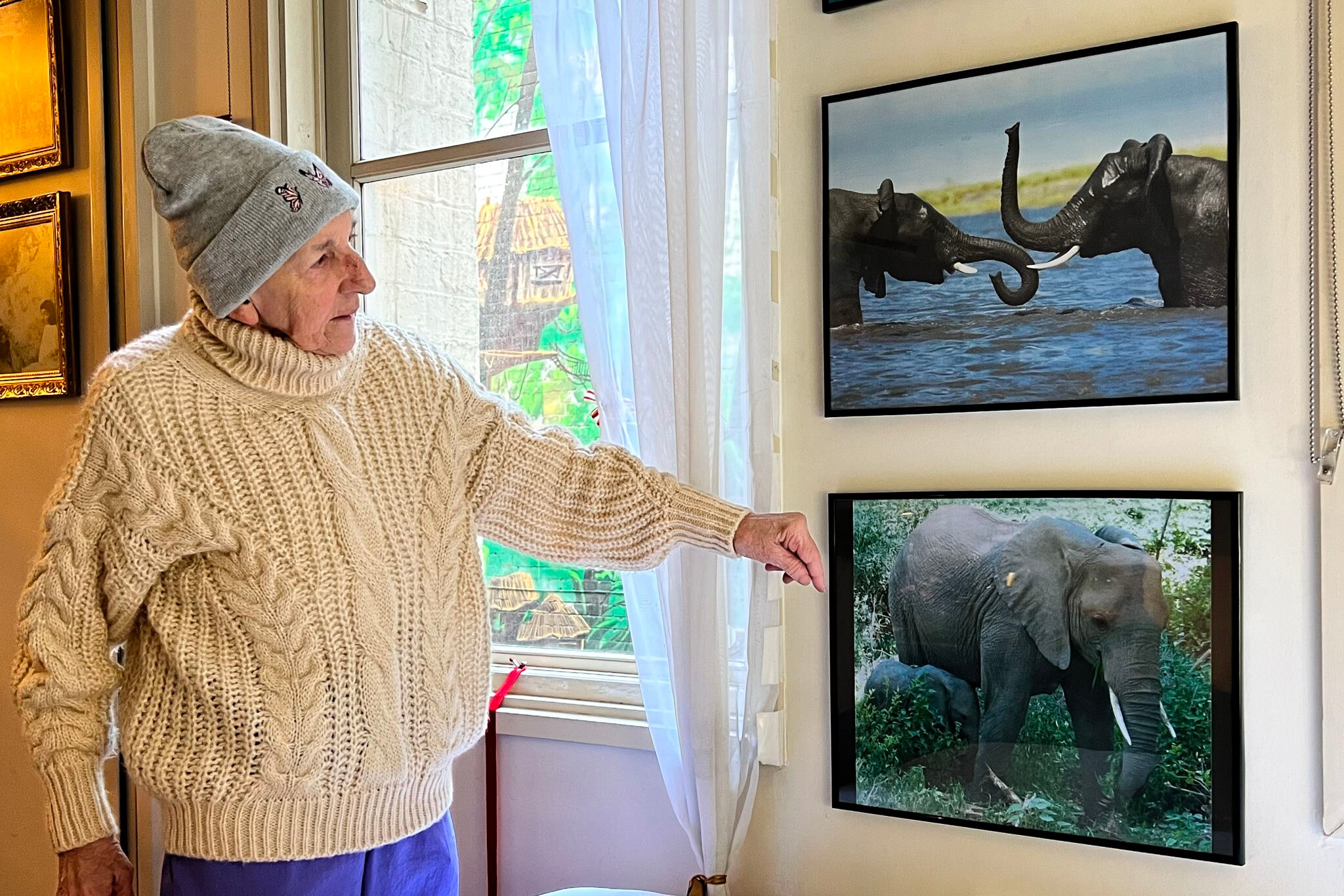 “I spent three and a half years in Zambia, and we used to all do our shopping in Salisbury (now known as Harare, Zimbabwe’s capital). Nearly everybody that did this trip – at some point or another – had a car accident due to elephants in the Zambezi Valley. We came around the bend and there was the elephant, and we hit the brakes and rolled three times. I thought I was going to die. The elephant was cross because it had a calf,” she says.

Of all the amazing places Lisa has ventured to, Zimbabwe (formerly Rhodesia) “has a special place” in Lisa’s heart because “it has everything.”

“I spent quite a few years there. I won’t say how many.” She winks.

After the controversial Robert Mugabe was elected as Prime Minister of Zimbabwe, it became “impossible to survive.”
“No food, no electricity, no water. It was so ingrained to have water saved up, that here I have over 40 litres of water in the laundry ‘just in case’ the water goes off. When I go shopping, I buy two of everything,” she says.

As the economy continued to worsen in Zimbabwe, Lisa knew it was time to come back to Australia. When Lisa first came back to Melbourne, she found a private rental in Bentleigh. Yet soon, the landlord doubled her rent and Lisa was forced to find alternative housing.

“I was having a very hard time finding a place to live. I was desperate, going from one end of Melbourne to the other. Not finding anything suitable,” Lisa recalls.

That’s when she found a Wintringham flyer through a community centre, a specialised welfare company that provides housing and care to elderly, frail men and women who are homeless or at risk of homelessness. Wintringham helped Lisa find her Housing Choices unit.

“What I like about Housing Choices is when something goes wrong, they come and fix it.”

Now living as a Housing Choices resident for over a decade, Lisa has created her own paradise within her urban apartment. The walls of Lisa’s unit are filled with images of African scenery, clippings of articles she has written, and photographs from her African adventure and beyond.

“Each picture has a story.”

She channels her creativity through a variety of mediums. Sitting boldly in her living room are two majestic model sailboats she handmade from recycled materials. Lisa’s next project is a glass mosaic peacock made from coloured glass, which she has foraged from op-shops.

“I was so disorientated after coming back to Melbourne, that I needed something to relate to, something to ground me. I’ve created my world, it makes me feel good,” she says.

When asked what Lisa wants residents to know about her, she decisively says “travel is the best educator. That’s sincere.”