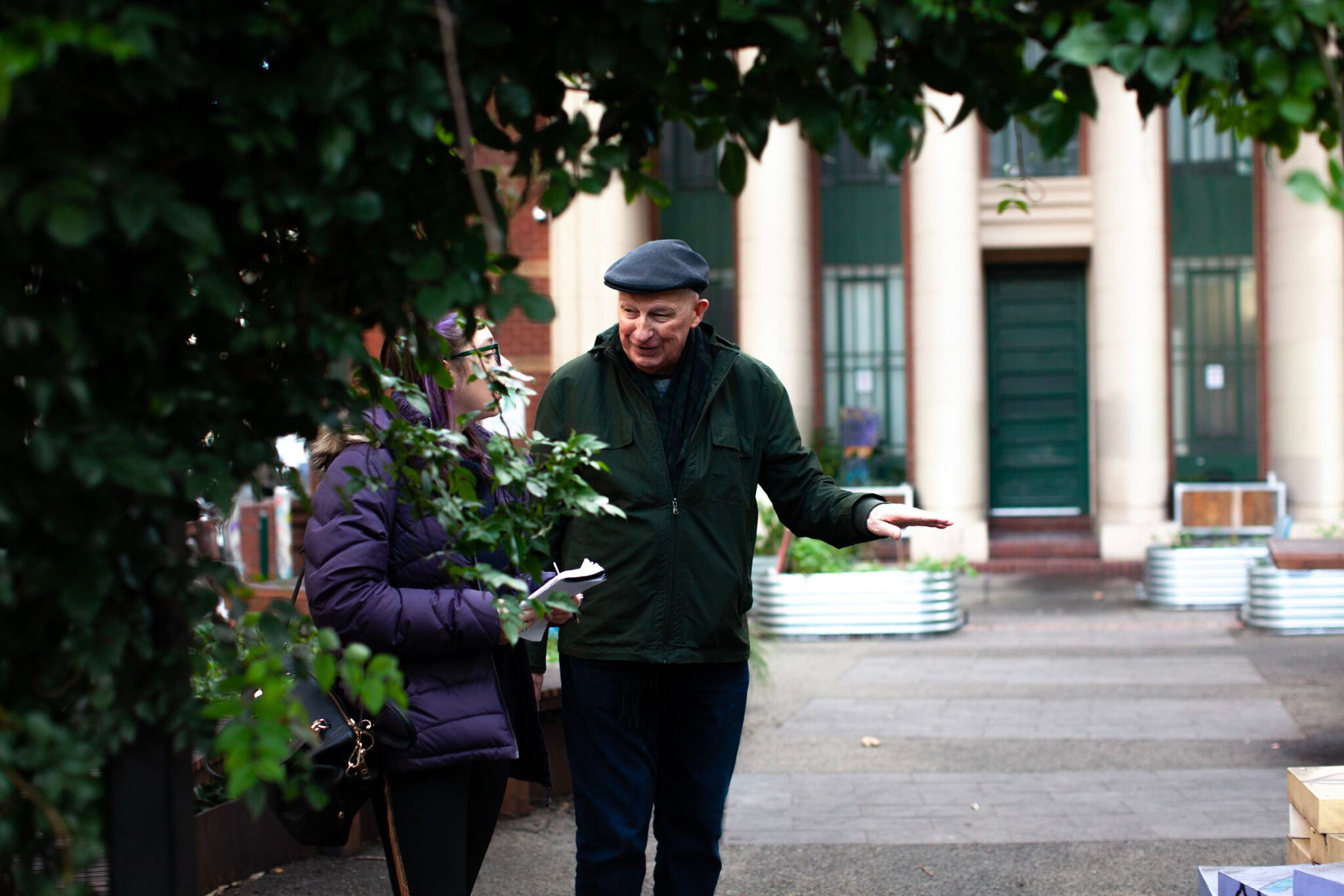 Nestled between city skyscrapers and a stone’s throw away from the Queen Victoria Market, is where you’ll find a space of “organised anarchy,” the Drill Hall Community Garden.

While the garden is located at Housing Choices’ Drill Hall building, it’s run by both affordable housing residents, and private market residents from nearby apartment buildings who love to channel their green thumbs and care for this urban oasis.

Martin says he loves to see social housing residents and the wider community all working collectively in the garden, and watching “all the different people bring something different” in their contribution to the space.

After a complex process liaising with the Federal Government, the Drill Hall Community Garden Association recently received $4,000 in federal grant funding to put towards improvements in the garden.

Using this money, new planter boxes were put in on the side of the Drill Hall building – working to extend the community garden outwards – in October 2021.

“It’s about wherever you see the opportunity,” says Martin.

The newly secured funding is working to fill in the gaps within the space, and Martin says long-term plans include getting a barbeque and barriers for the planter boxes to prevent vandalisation.

“This is our community, that’s the way we look at it. We are local citizens first, renters second,” he says.

Affectionately called ‘guerrilla gardeners’ by Martin, the green thumbs who frequent the community garden make sure the space is filled with herbs, flowers, various plants, and even a worm farm.

There’s a Housing Choices resident who is an expert on worms and has taken to caring for the two worm farms. Happily, the worms are doing well, and the soil is then used to nourish the plants in the garden.

“In such a built up, densely contested space, to have something like this, is special. We love it.”