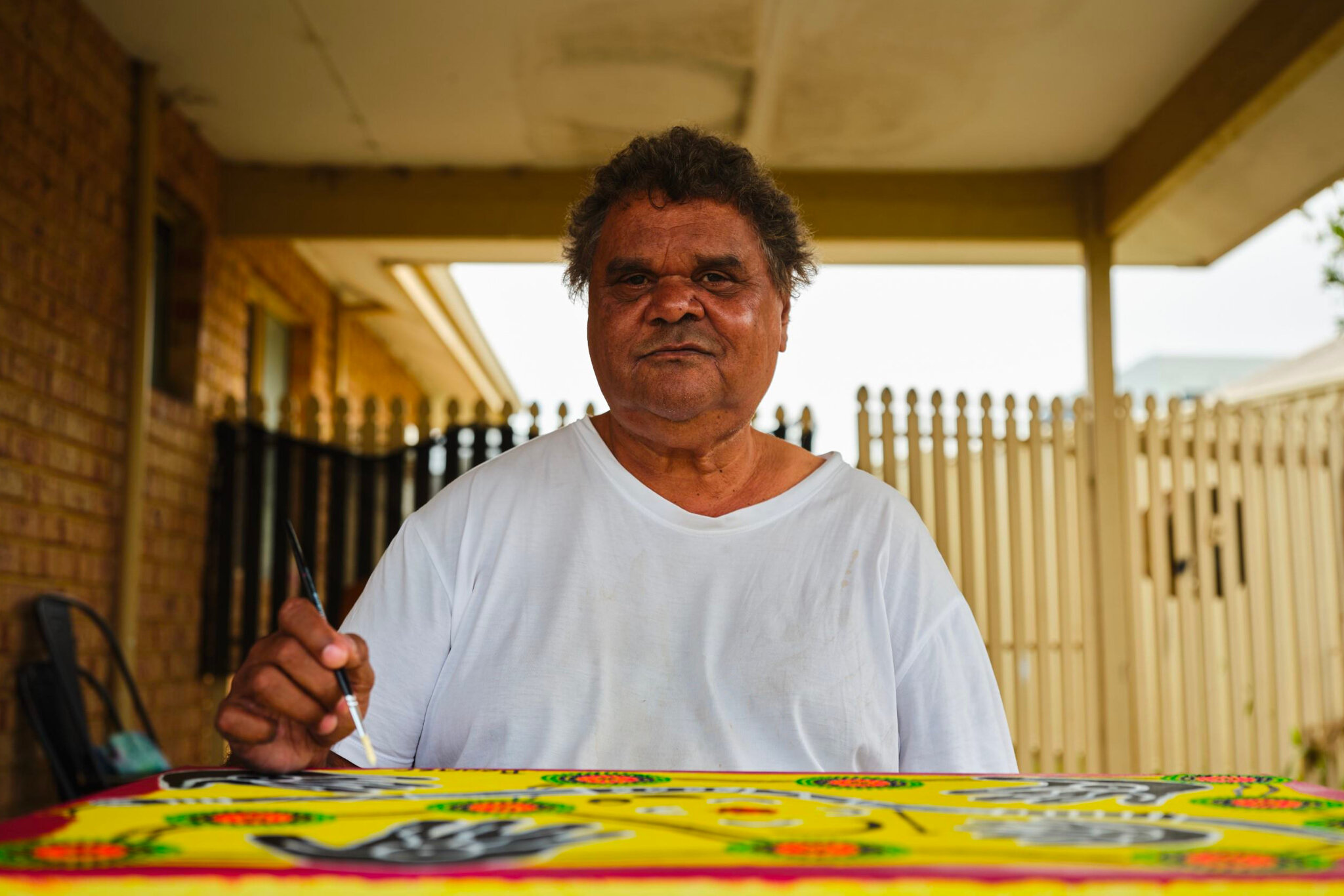 Resident story: Art in his veins

Brett is a man with art running through his veins, he comes from a long line of esteemed artists and story-tellers with connections to Wadjuk and Ballardong Boodja – but for many years physical and emotional hardship prevented Brett from painting.

In his 60 odd years, Brett has been a family man, a bus driver, a truck driver – he’s also been homeless and the single father of four children.

It wasn’t always that way, Brett’s family lived in the same house in Yorke for over 40 years – it was a stable home for three generations:

“That’s where Mum and Dad raised us – they were powerful Aboriginal people, that’s where they taught us to work and paint.”

When he became homeless, Brett said the experience was detrimental to both himself and his children:

“I was living rough for five years..moving from place to place. A good support worker helped …he saved my life.”

After three years of waiting, community housing finally became available; Brett moved in and his children soon followed. Now the whole family is together under one roof.

“A stable house has changed everything – we keep an eye on each other; go to bed at night and feel safe.”

Two of Brett’s adult children live with disabilities and when they were recently granted NDIS funding, Brett felt ready to do something for himself again:

“I grew up watching all the old people paint …I’d go out with the uncles to the swamp, climb trees and collect paperbark…then I’d watch the women paint.”

Brett’s housing officer assisted by organising a $500 art voucher to set him up with materials and paints. Inspiration is only a walk away, down by the river:

“It’s where the old people camped and fished – I can feel them. It’s where we lived for 40,000 years. That river is our shop – our food, our water…. The turtle, the fish, the kangaroo, the serpent…that’s what I paint.”

Brett’s dream is to become a recognised Aboriginal Artist, in the meantime he’s enjoying the creativity and connection painting brings:

“Art to me is like a healing property..it takes me away. When I finish a painting – a story – it makes me feel fantastic!”